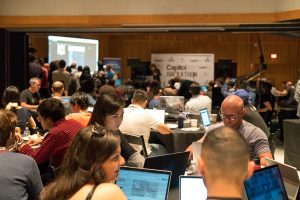 Capitol360 has announced a Code Jam in partnership with Bose on June 27-30 in Detroit. Developers are challenged to create go-to-market apps for the Bose AR wearables and other spatial audio products leveraging the Bose SDK and Universal Music Groups catalog of 40K pre-cleared audio streaming tracks. Developers can register here.

This year, Capitol Music Group is celebrating the 60th anniversary of Motown Records and the 80th anniversary of Blue Note Records and will also challenge the developers to create products in celebration of these tentpole moments. Other challenges include experience in the iconic Capitol Studios located in the Capitol Records tower, The Detroit program will be the first of its kind for Capitol360 and Bose. They will also be running programs in other cities, including Los Angeles and Nashville.

The program will also be running events open to the public on Thursday and Sunday, which will include music industry and spatial audio programming. To see the full run of show, register here.

Find out more information about Bose AR here. To stay up to date with the latest news and announcements from Capitol360, like and follow them on Facebook.